Share On GoogleShare On FacebookShare On Twitter
Home » Posts » Hi Ho, Hi Ho, it’s off to work we go….

My win today is being reminded that hard work truly does pay off. Through daily perseverance, Lucy* has transformed from a self-proclaimed “dumpster diving little girl” into a Gates Millennium Scholar. This means that she earned a scholarship of up to $300,000 to be used to pay for her undergraduate, graduate and doctoral degrees. 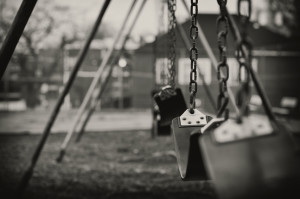 For the first 18 years of her life, Lucy has jumped inside dumpsters and dug into trash bins collecting bottles and cans to help her single mother pay rent, pay bills, and purchase food. Sharing her story, Lucy described an experience she had as a 5 year old girl translating to her Spanish-speaking mother what a police officer was saying to them. She remembered the officer telling her it was illegal to jump inside the dumpster, as she tried desperately to explain to him that if they did not collect enough bottles that night, their electricity would be shut off. The officer held his position, and Lucy was forced to exit the dumpster with a half full bag of cans.  She recalled that this was the night she realized that being poor is a crime. This was the night she lost her innocence. Ironically, this night and others like it did not spiral Lucy into despair, but rather, strengthened her resolve to not spend her entire life in poverty.

Fueled by determination, Lucy kept her eye on the prize. She saw education as a means to elevate her socio-economic status, and thus, has excelled in the classroom. A recent high school graduate, Lucy has already completed several advanced placement classes and earned a coveted spot in University of California San Diego’s Engineering program. Perhaps most impressive of all, this humble young woman recognizes that it is unlikely her success would have been achieved alone.

Lucy courageously shared this deeply personal story with a room full of strangers at an event for Reality Changers, the non-profit organization that helped support her throughout high school. Lucy’s hope was that by sharing her story, those in the room would be interested in volunteering for, or financially supporting, the innovative organization that had helped her. Lucy is one of the many successful graduates of Reality Changers, whose mission is to provide the academic support, mentoring, leadership, and volunteer opportunities necessary to help inner-city teens become first generation college students.

I was fortunate to have been one of the strangers in the room, and found Lucy’s story remarkable. Hearing her gave me a renewed sense of energy to work hard to achieve my goals. I wanted to pay-it-forward and spread the word, with the hope that her story will inspire you as well.

*I changed her name.

Designed by CPD | Powered by littleWinz:)